An Entrepreneurial Programme for NEET young people aged 16-24, helping the ‘Lost Generation’ of Europe to find their way to a better future
(Erasmus+ Project, 2014-2017)

Originally, the phrase ‘Lost Generation’ was used to describe the generation that came of age during World War I. The term was popularized by Hemingway. But since the financial crisis of 2008 young people with limited employment and career prospects have also been described as members of a ‘New Lost Generation’. An OECD report of 2012 warned that due to their lack of skills, motivation and self-worth this ‘lost generation’ might have difficulties in entering the workforce even when the recession ends and demand for employees is higher. (OECD Employment Outlook, 2012)

The project addresses the issue of the very high number of young people between the ages of 16-24 who are not in employment or training, by developing entrepreneurial skills in hard-to-help groups across the four countries participating in the project. After discussion, the partners came to the conclusion that although the countries may be at differing levels of economic development, the issues for young people are the same. This project looks at the development of an educational programme that can help to promote the entrepreneurial skills of disadvantaged young people in the widest sense, moving them from reactive to proactive behaviours.

The levels of youth unemployment in Europe reached a new historic high of 23.5% in February 2013, more than twice as high as the adult rate, with some 5.7 million young people affected. Young people who have only completed lower secondary education (early leavers from education and training) bear the highest risk of unemployment. In 2012, the EU average youth unemployment rate was 22.8%, but reached 30.3% for low-skilled youth (Eurostat, LFS).

Our project concentrates on the low skilled young people, often classed as NEETs (not in employment, education and training) in each of the partner countries. We are developing a 12-week training programme that promotes the skills, behaviours and attitudes to turn the target group into proactive members of society with the ability to move forward into education, training, employment or self-employment.

The project is designed to have measurable outputs throughout. An initial assessment of the candidates is carried out to gain a base line on where the candidates are with regards to motivations, behaviours, self-esteem, self-confidence and preferred work style. At the end of the 12-week training programme a further testing process follows to assess improvements in the same areas.

The cyclic nature of the testing process will ensure a robust and tested quality of the teaching and learning materials. At the end of the first testing period each country will test the tools jointly developed and provide feedback about the strength and weaknesses of the training packages. As a next step the developers will change the components that did not work in practice for more effective materials.

At the second stage the testing process will take place in each country at different periods supported by permanent professional consultation, so that the users can utilize the new experiences of the previous implementers. A one year follow-up period will continue after the training to continue the link between the educators and the participants.

In the end the programme will run eight times in this form and the final product will be tried, tested and shared with other educational and training organisations in Europe. 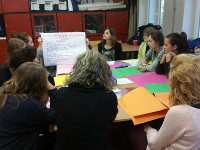 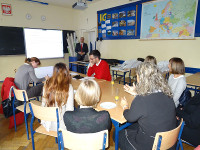 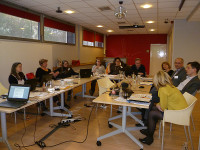 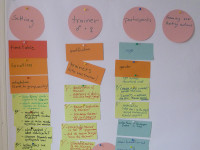 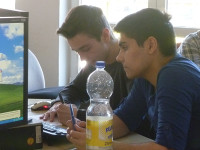