The learning and teaching materials are being enriched and modified step by step and their regular testing forms an organic part of the development process. Two groups will participate in the testing process with a minimum of 24 participants at each locale of the four partner countries. Testing will be done in two cycles. The first set of testing was planned to be carried out at the same time and parallel with each other. Only the German, Scottish and Hungarian groups were however organized according to the original plans in effect. Due to certain technical difficulties, the organization of the first Polish testing group took place somewhat later. In the second run the testing courses of the four countries will take place by sliding them along in time according to plan. It will be carried out so that previous experiences are utilized at the following locale.

Students and trainers participating in the test courses – by filling out various forms and surveys – give feedback to developers about the strengths and weakness of the programme. This type of information will be followed by refining and correcting the learning and teaching materials in every instance. Inappropriate elements will be removed from the exercises and replaced by new ones. The instructions attached to exercises will be specified. In this way the programme will be developed and utilized more widely.

At end of the project this cyclical testing process will result in a developed programme and learning-teaching materials which have been tested eight times in English, Hungarian, German and Polish languages and will have been utilized by those young people facing similar difficulties but living in different countries.

The most important results of testing will be continuously updated in the sub-homepages of the partner countries. 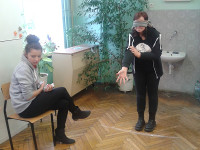 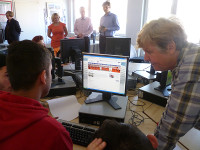 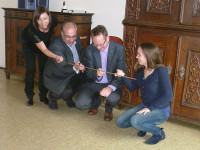 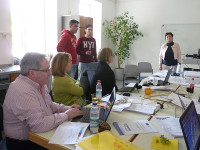 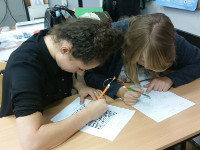