The RLG testing process is an integral part of the work at ETC, the German partner. Their BvB programme (Bildungsvorbereitungs-Massnahme), that takes 10 months, has been running for over 10 years. It is difficult to pronounce and even more to translate: it is about actively supporting NEETs to catch up on some general subjects, find the appropriate training, prepare CVs and applications for vocational schools. By the end of 10 months the majority should have found vocational training and further vocational opportunities. During the programme the focus is on strengthening their personal and social skills, communication, presentation, teamwork – but also their behaviour, how to dress, punctuality and concentration. The main aim is to obtain a vocational grade and find an appropriate and fulfilling job.

In order to achieve the aim, the strengthening of self-confidence, the repetitive simulation of job interviews, role plays and communication exercises in various forms accompany the compilation of CVs and motivation letters, support to find apprenticeships and/or short term practical hand-on trainings. The RLG-training project could be added seamlessly as a new module into the hitherto existing programme.

The testing group was made up of 15 participants aged 15 to 19 years, mainly boys but with some girls. They generally had finished Middle school with the Quali grade – this is the exam which is done after 8 years school attendance in the German school system.

The most important test was that of the Assessment Day (AD), carried out as an initial text of this new RLG programme. It was also important for the other project partners, who wanted to use these exercises soon. The testing was accomplished by teachers and trainers of ETC, who have a long experience of building a good rapport with new participants within a short time. In addition, most of the exercises were not unknown to them, because they were based on the long used practice of ETC's appraisal of aptitude (Eignungsanalyse).

An important outcome of the first test of the AD was that participants generally preferred practical exercises against written ones, where they had more to concentrate and think. The conclusion was to link exercises to the everyday life of the young people, to allow them a higher level of identification.

Because RLG is being delivered as a module of a complex educational programme, its effect on the participants cannot be assessed detached from the rest of their work. Teachers and trainers of the project realized the growing motivation of the participants as time went on, to control their own success and form their own future. That could play a role in the results as there was a higher percentage of successful applications in the test-group for a practical apprenticeship. 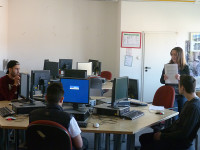 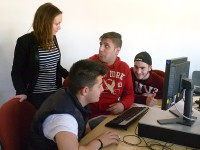 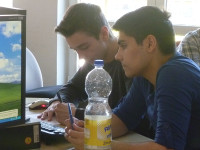 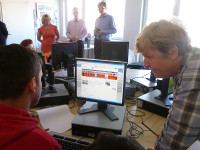 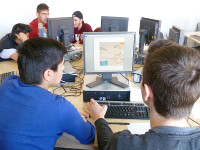 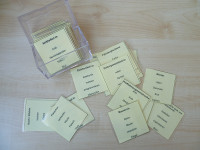 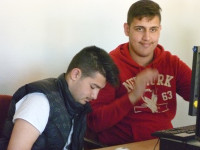 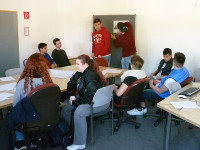 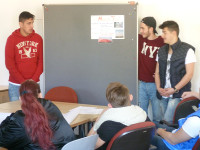 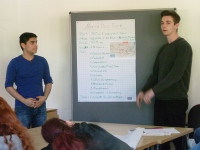 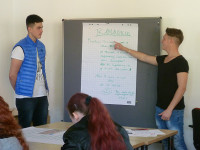