The Scottish partners cooperated with a secondary school to deliver the RLG programme in their local area of Stirlingshire. The students for the test group were recommended by the school. They selected young people aged 15-16 years who did not plan to continue their studies.

The potential participants were informed about the aims and features of the RLG programme and the developers had a chance to communicate with the learners personally. The managers of the school and the parents affected were also informed about the programme. Ten young people entered the test group. There were some common features of the group which consisted of boys: they had rather low levels of literacy and numeracy skills and the majority did not have an idea what to do after finishing compulsory school.

The Scottish partners thought to make the programme more successful by implementing the testing process outside the school. The participants were driven to a different locale by a minibus and were taken back after the activity. A local company hosted them in two rooms in a business centre equipped with PCs plus supplementary public rooms free of charge.

The students tried a number of exercises and gave feedback to the trainers by using evaluation sheets with smilies. Results show that they were highly motivated in particular when they:

As well as the above, the partners can draw some conclusions regarding time management and sequencing of exercises which should be taken into consideration for future training sessions.

Though the first stage of testing focused on trying out the tools. The developers also took into account how the activities would influence the young people. The most important consequences were as follows: 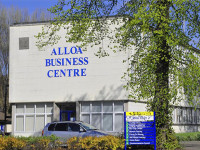 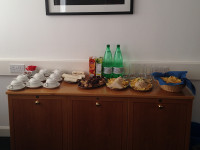 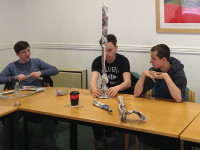 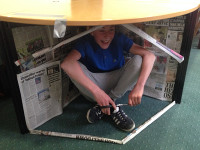 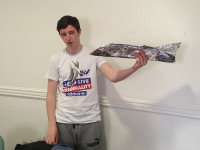